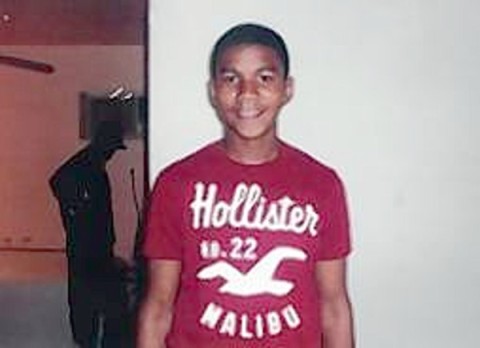 Trayvon Martin…This story just came to my attention yesterday and I had minimal information to go on so I can properly address the situation. So I found an article describing the tragic and beyond unfortunate detail and circumstances surrounding this young man’s death. Now I was not on hand at the scene so In essence I do not know exactly what happened but the article from the huffington post  was unbiased and just talked about the reported facts of the case. before I explain my thoughts on this issue let me summarize the information in the article. Trayvon Martin was a 17 year old High School student who lived in Miami FL with his mother, but was visiting his father and stepmother in Sanford, A GATED Florida suburb, during the NBA All-Star Game weekend. During the half time of the game Trayvon went to a local store to get some candy for his younger brother when on his way back he was spotted walking by 26 year old “self appointed neighborhood watch captain”   George Zimmerman followed alongside Trayvon in his car and called the police because he said he looked “Suspicious.” Somewhere after the phone call to the police a supposed argument ensued resulting in Zimmerman Shooting Martin, leaving the 17 YEAR OLD BOY dead. Zimmerman has yet to be arrested or brought up on any charges  and still walks the streets as a free man….

SO I am confused about quite a few things in this case and quite a few details are unfortunately pointing towards a prejudicial and stereotypical view of a young black man in a gated suburban community but someone who was in a made up position of power and authority. Unfortunately in this particular case an apology won’t suffice because a young’s man life is gone, and a apology is not going to bring him back. The truly sad part is that no one will ever know what was said or done between the two to cause from Zimmerman to pull out a gun and fire on a 17 year old boy even after calling the police. I’m not trying to play the race card here…BUT there is no other cards to play according to the facts presented. Below is a link to the Huffington Post article with all of the information.