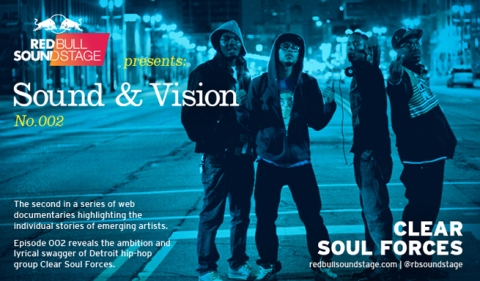 This is the Red Bull Sound Stage Documentary Highlighting Detroit Hip Hop Group Clear soul Forces. This documentary gives you an in depth and intimate look into the average everyday lives of the members of the Group and shows you their humble background and show you the reality of growing up in Detroit. Please check out the documentary and cop their new Album Detroit Revolutions —-> http://clearsoulforces.bandcamp.com/album/detroit-revolution-s Which is a CERTIFIED BANGER and a must own album. Much success to my brothers Clear Soul Forces and I see big things from them in their future.