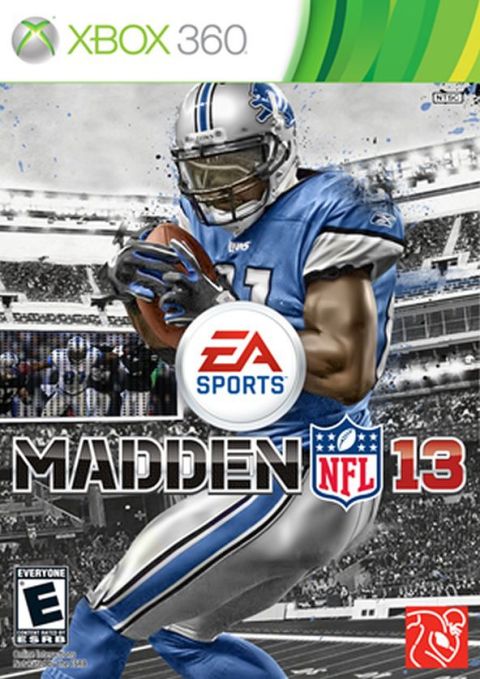 CONGRATULATIONS are definitely in order for Detroit Lions wide receiver Calvin Johnson who has been named to the 2013 Madden NFL Cover. Calvin Johnson aka MEGATRON was one of the leagues leading receivers last season and has also been called one of the leagues most impactiful receivers and play makers. As LIONS FAN, Im ecstatic and as a MEGATRON FANATIC….IM ECSTATIC. So Be on the look out for Madden 2013 with CJ on the cover and be sure to tune in to the 2013 NFL season this year…mainly just watch the LIONS!!!!