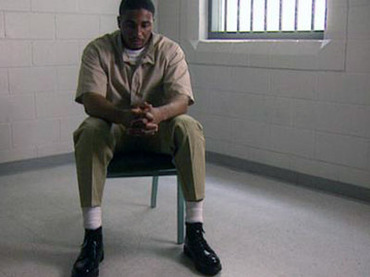 20 years ago, 23 year old college student Clarence Aaron was arrested and jailed for “conspiring” to sell cocaine, yet he did not buy, sell, distribute, handle, or have anything to do with selling cocaine. Aaron was simply a witness to a crack cocaine sale that he had nothing to do with when the cops busted him and the guilty parties. Aaron was fully cooperative with the police and even testified in court about what he witnessed,but because of the overtly racism drug laws established by the devil himself aka Ronald Regan,  Aaron was sentenced to triple life…That’s three consecutive life sentences. This was in 1993..Aaron still sits in jail to this day and the only thing that can overturn his conviction is a presidential pardon from Barack Obama Himself.  Aaron could have been freed during the last 3 presidential terms yet due to a lack of awareness none of the last few Head’s of State even knew about this particular situation. A website called ProPublica recently broke the story and revealed that during Aaron’s Trial Crucial evidence was disregarded that may have changed the outcome of the trial and of course the verdict, and when his pardon application was sent to the office of George W. Bus, this same information was left out, resulting in his application being denied.  The website hopes that with new evidence and more notoriety that President Obama will exercise his right and power and grant this man a pardon. The applications have been sent and now all that they can do is wait and hope. This is truly a sad case of the wrong place at the worng time, and an example of how truly FUKED up the system truly is.