Below is an email i received form Change.org about a series of Trayvon martin themed gun targets that are now in production and are apparetnly seeling out in droves around southern areas of the United States.

“In the past couple of days, news sources have reported that the Hiller Armament Company of Virginia has been selling gun targets that look like Trayvon Martin, complete with a hoodie, Skittles, and iced tea.

It’s not just vile, it’s possibly illegal: Virginia law says that no one can profit off of the likeness of any person without his consent — even if that person has been killed. But as soon as reporters started asking questions, the Hiller Armament Company shut down its website and disconnected its phone.

Tahir Duckett lives in Virginia, and he wants Virginia’s Attorney General, Ken Cuccinelli, to investigate the Hiller Armament Company and punish them if they have broken the law.”

A an American who believes in freedom and the right to bare arms I am honestly disgusted by this target and the lack of respect that it shows on behalf of the not only the manufacturer but on the people who utilize these targets. Regardless of how you feel about the case a 17 year old boy is dead so to make a shooting target in his likeness is beyond reprehensible and disgusting and there are no words in the English language strong enough to express how much I loathe this target and this concept.  Below is a link to the change.org petition if you would like to sign it and join the cause.

Below is an article taken from Fox 2 Detroit news.com about George Zimmerman being brought up on the charge of 2nd Degree Murder

JACKSONVILLE, Fla. (AP) – Amid furious public pressure to make an arrest in the killing of Trayvon Martin, the special prosecutor on the case went for the maximum Wednesday, bringing a second-degree murder charge against the neighborhood watch captain who shot the unarmed black teenager.

George Zimmerman, 28, was jailed in Sanford — the site of the shooting Feb. 26 that set off a nationwide debate over racial profiling and self-defense — on charges that could put him in prison for life.

In announcing the arrest, prosecutor Angela Corey would not discuss how she reconciled the conflicting accounts of what happened or explain how she arrived at the charges, saying too much information had been made public already. But she made it clear she was not influenced by the uproar over the past six weeks.

“We do not prosecute by public pressure or by petition. We prosecute based on the facts on any given case as well as the laws of the state of Florida,” Corey said.

Martin’s parents, who were in Washington when the announcement came, expressed relief over the decision to prosecute the killer of their 17-year-old son.

“The question I would really like to ask him is, if he could look into Trayvon’s eyes and see how innocent he was, would he have then pulled the trigger? Or would he have just let him go on home?” said his father, Tracy Martin.

Many legal experts had expected the prosecutor to opt for the lesser charge of manslaughter, which usually carries 15 years behind bars and covers reckless or negligent killings, rather than second-degree murder, which involves a killing that results from a “depraved” disregard for human life.

The most severe homicide charge, first-degree murder, is subject to the death penalty in Florida and requires premeditation — something that all sides agreed was not present in this case.

“I predicted manslaughter, so I’m a little surprised,” said Michael Seigel, a former federal prosecutor who now teaches law at the University of Florida. “But she has more facts that I do.”

Zimmerman’s new attorney, Mark O’Mara, said Zimmerman will plead not guilty and will invoke Florida’s powerful “stand your ground” law, which gives people wide leeway to use deadly force without having to retreat in the face of danger.

The lawyer asked that people not jump to conclusions about his client’s guilt and said he is “hoping that the community will calm down” now that charges have been filed.

“I’m expecting a lot of work and hopefully justice in the end,” O’Mara said.

Zimmerman, whose father is white and whose mother Hispanic, turned himself in earlier in the day and will make a court appearance as early as Thursday, when his lawyer plans to ask for bail.

Corey’s decision followed an extraordinary 45-day campaign by Martin’s parents to have Zimmerman arrested despite his claim that he shot in self-defense. They were joined by civil rights activists such as Jesse Jackson and Al Sharpton, as well as many politicians and supporters in Sanford and cities across the nation.

Protesters wore hooded sweatshirts like the one Martin had on. And the debate reached all the way to the White House, where President Barack Obama observed last month: “If I had a son, he’d look like Trayvon.”

The confrontation took place in a gated community where Martin was staying with his father and his father’s fiancée. Martin was walking back in the rain from a convenience store when Zimmerman spotted him and called 911. He followed Martin despite being told not to by a police dispatcher, and the two got into a struggle.

Zimmerman told police Martin punched him in the nose, knocking him down, and then began banging Zimmerman’s head on the sidewalk. Zimmerman claimed he shot Martin in fear for his life.

A judge could dismiss the charge based on “stand your ground,” legal experts said. But not if prosecutors can show Zimmerman was to blame.

“If you’re the aggressor, you’re not protected by this law,” said Carey Haughwout, public defender in Palm Beach County.

Zimmerman’s brother Robert Zimmerman told CNN on Wednesday night: “Our brother literally had to save his life by taking a life. And that’s a situation nobody wants to be in, ever.”

On Tuesday, Zimmerman’s former lawyers portrayed him as erratic and in precarious mental condition. O’Mara, who signed on after Zimmerman’s previous attorneys withdrew, said that Zimmerman seemed to be in a good state of mind but that the pressure had weighed mightily on him.

“He is troubled by everything that has happened. I cannot imagine living in George Zimmerman’s shoes for the past number of weeks. Because he has been at the focus of a lot of anger, and maybe confusion and maybe some hatred, and that has to be difficult,” the attorney said.

O’Mara also said the difficult case is compounded by the heavy media attention, which might make it hard to seat an impartial jury. Corey, similarly, complained: “So much information got released on this case that never should have been released. We have to protect this”

here is the link to article in Greater Detail: http://www.myfoxdetroit.com/dpps/news/zimmerman-to-be-charged-by-florida-special-prosecutor-dpgonc-20120411-to_19073426

March 26th, 2012 Detroit Marched Down to Hart plaza and rocked our Hoodies in support for Trayvon Martin and the fight for Justice. I hit the crowd and asked the people their take on the movement for justice and the fight for peace and equality in America, as well as what they hoped the rally and other similar movements around the country would achieve.

“Death due to neglect…American Health care” 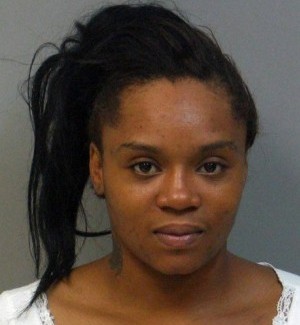 so I came across a blog post about a woman named Anna Brown who died Monday March 26th in Missouri jail cell after St.Mary’s Hospital in Richmond heights Missouri refused her medical treatment after she came into the hospital complaining about excruciating ankle pain. It turns out that a sprained ankle Brown suffered weeks prior had actually caused blot clots in here legs which traveled through her body and eventually into her heart. Brown was arrested at St. Mary’s hospital after she refused to leave the hospital until someone gave her medical attention because she was ion so much pain that she could not stand and had forced her to be bound to a wheelchair. Police showed up at St. Mary’s hospital and arrested Brown on site and booked her on trespassing charges and drug brown from the squad car to her jail cell where she cried in pain as she died.  Now to me this is beyond black vs white, this issue is about a color that is much more powerful…green. Brown was technically homeless as she was going through some life issues, and she was in a court battle to regain custody of her children, but as her records sated she was not a drug addict, she was simply stuck in a very tough financial and metal state. brown however was a medicare recipient but as we know in America that is simply not enough if you want a hospital to save your life. Once again America shows it’s true colors and reminds us that if you can’t afford health care…you’re probably going to die. This is a sad fact of living in this country and it is one that must change. Below is an article from a St. Louis newspaper fulling detailing the events of the case and the life history of Anna Brown so that you can get a complete image of the story and formulate your own opinion.