Hostess snack company…NOT going out of buinsess just yet!!!

As I am sure most of you have heard the recent news that the maker of one of America’s most beloved snack treats, Hostess, announced Friday that it was going out of business due to an ongoing labor strike that stemmed from negotiation breakdowns between Hostess and it’s labor unions.Hostess announced that with it’s workforce of over 18,500 employees being on strike that it simply could not operate and since talks were going no where  the snack maker filed bankruptcy, and chose to liquidate all of its assets rather the go through the bankruptcy process and try to salvage the company. When news of the snack makers impending closure thousands upon thousands of Americas flocked to stores, grocers, gas stations and vending machines alike attempting to stock pile these Delicious confectionery treats and savor a tasty piece of American History.  Also, shortly after the company announced it’s plan to liquidate, talks resumed between Hostess and the Teamsters labor union. However, the bakers union was unwilling to budge on its position and did not accept any deals that were in place, so the company was forced to move forward with Liquidation.

HOWEVER, in a surprise announcement today a bankruptcy court judged ordered the two sides to sit back down at the mediation table and at least attempt to come to some type of agreement to not only save the 18,oo0+ jobs, but to also save a company that has been an American Classic for over 83 years. Hopefully the two sides can soon come to some type of agreement and save the jobs of so many employees and help keep the American economy from getting any worse. Now in my personal opinion i n o longer indulge in hostess snack cakes because i choose to life a healthier life style, but I do not see a problem in having Twinkie every now and again because let’s be honest…TWINKIES ARE  PRETTY AWESOME LOL not to mention I would hate to see so many thousands of Americans out of work. Below is an article form the New York times that describes the events in a little more detail.

So a very good friend of mine called me today with some news that was absurdly unbelievable to say the least. My friend told me that he came across an article that detailed a series of petitions  circulating through several states in the U.S where people are actually trying to have their sates secede  from the continental United States.  Now even though in this day and age this a sheer impossibility and will most likely never happen, these petitions have still been signed by ten’s of thousands of people. For example in the State of Louisiana where the idea orientated, there have been over 13,500 signatures, and in Texas there is currently over 19,000 signatures.  In total there are currently 19 different states with these same types of petitions floating around that are actually gaining steam and headway as far as notoriety and support.

Now to put things back in perspective, a peaceful secession form the union granted by the Oabama administration is NEVER GOING TO HAPPEN now how many signatures these petitions have. However it begs the questions as to what could possibly be so wrong with this country that so many thousands of people are willing to spend the mental and physical energy into such a ludicrous idea that they actually feel so strongly about that they convince tens of thousands of other people to do get behind the same idea? Are things that bad in America where 19,000 Texans actually want to secede the union in 2012? If this is any indication of where this country is headed then I am truly vexed, ashamed, and appalled.  I am going to follow this particular story very closely to see how it develops and I will keep everyone updated as much as possible. I have seen quite a few things in my lifetime but I have never seen or heard of anything like this.  Below is an article on info wars with more information and a complete list of all 19 states involved and the number of signatures each state’s petition has so far. 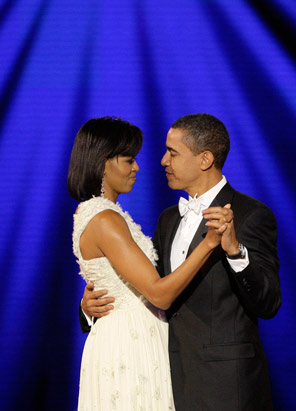 Congratulations to President Barack Obama and the First Lady Michelle Obama for Celebrating their 19th wedding Anniversary yesterday. This is Truly a celebration and an example of Black Love at its absolute finest. After all this is the union that keeps the country on track so let’s all take a minute to celebrate a truly beautiful Black Union.